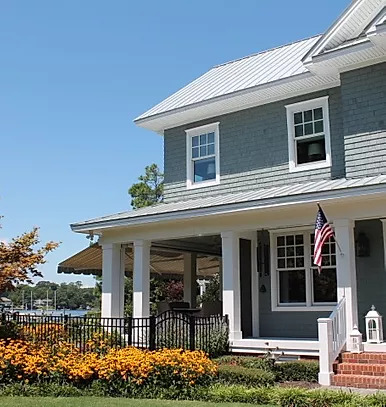 Experienced Class A Residential and Commercial Contractors in Hampton Roads

Bryan and Stan have been in the construction industry since 1997. Starting out as laborers on a framing crew, they both worked hard and learned new skills to move up and grow. While framing houses was initially their primary trade, they took the opportunity to learn as many trades as possible throughout their careers, eventually learning how to build complete homes from the ground up. Striving for success and advancement in the construction industry, they worked under someone else for over 10 years.

Then, the housing crisis of 2008 hit, and Bryan and Stan were both laid off from their jobs. So instead, they each decided to start their own companies and began generating work using the skills they had learned and earned during their previous 11 years in construction. They partnered on projects together on many occasions and quickly realized that they worked better as a team than on their own.

So, in 2009, Custom Contracting, Inc. was born. Both men wanted to be the best at what they had to offer to the seven cities of Tidewater. They obtained a Class B contractor’s license, which was upgraded to a class A in 2013, as well as insurance and local licenses in all cites of Hampton Roads. Bryan, Stan and the entire team at Custom Contracting have maintained steady growth over the last 11 years, working alongside some of the top builders in the Tidewater area.

Put your trust in our company. We won’t let you down!

At Custom Contracting, we understand that you can’t trust your exterior projects to just anyone. Since you’ve invested your valuable time and money into your home, you want to ensure that the team you hire will provide outstanding workmanship — and we take that trust seriously. Whether you need a new roof, siding or you want to join the solar energy revolution, you can rest assured that we will take care of you and your home.

Four Decades of Knowledge and Experience in Construction

Not only is our team backed by over 40 years of combined experience, we are also trained and certified on the latest construction methods. As trusted Class A contractors in Hampton Roads, we never stop learning, as the world of construction continually changes. Whether you want to be heavily involved and have input on your project, or if you prefer to let the professionals take the reins, our Custom Contracting will work with you. Our team is certified and licensed to install quality products on your home.

Don’t put your remodeling on hold because of low finances. Custom Contracting has financing options available for qualified home owners and will work with you to make sure you can enjoy the beauty of your completed project right away. Ask our qualified representatives how we can get started on your project at an affordable rate.

Call us today to see how we can transform your home with a new roof or siding. We are available Monday – Friday, 9:00 a.m. – 4:00 p.m. to help you with all of your servicing questions. You can reach our office at (757) 301-9935, or drop into our office located in the heart of Virginia Beach. You can also fill out our online request form and a friendly representative will contact you about getting your project off the ground.

Don’t put your projects on hold any longer. Call the professionals at Custom Contracting (757) 301-9935 to help you complete your project. You can also visit our office conveniently located in Virginia Beach.

Drop us a line